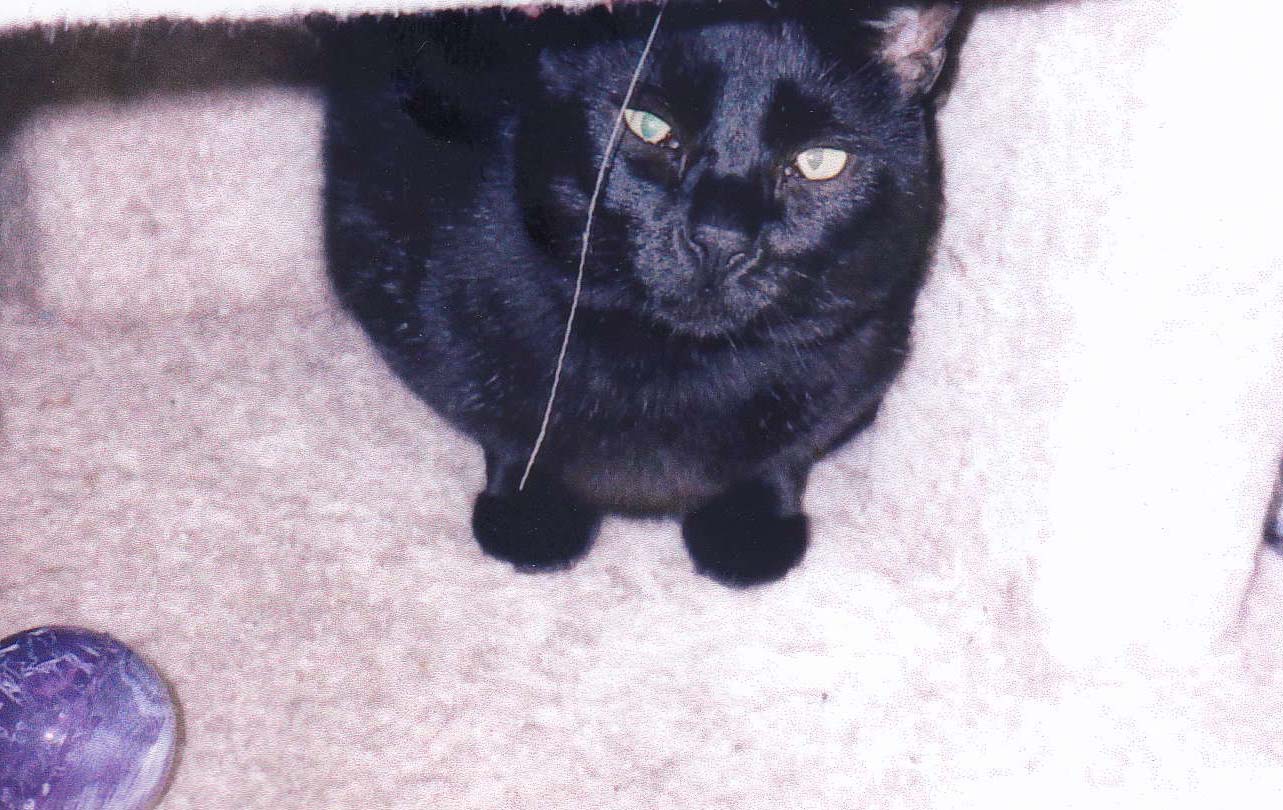 WEEPY on Memorial Day, 2004 in one of his then favorite hiding places under table 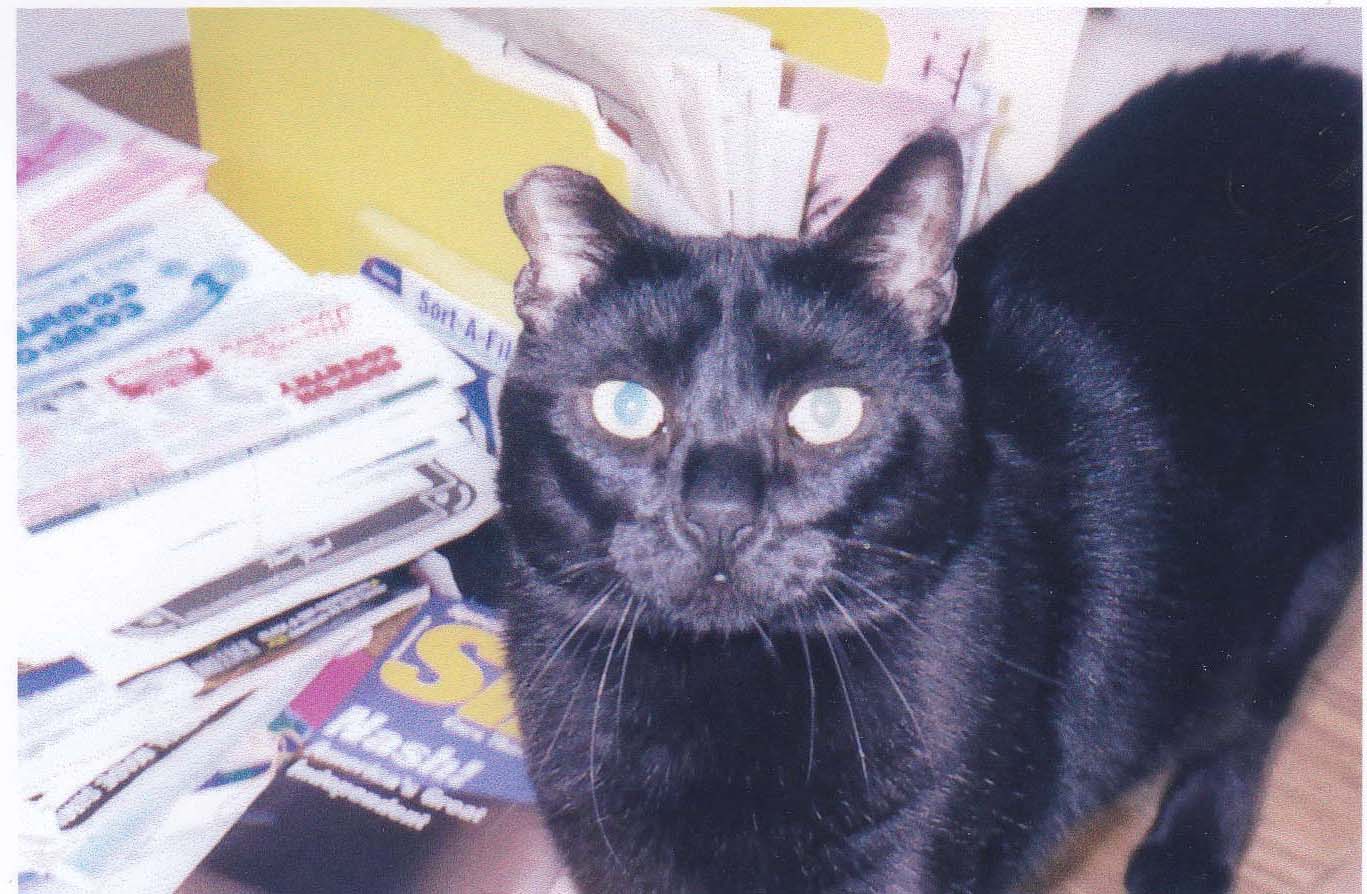 WEEPY in his apprentice days in , er, on Coupon Country desk. Best
supervisor we ever had, keeping me company on long, difficult days 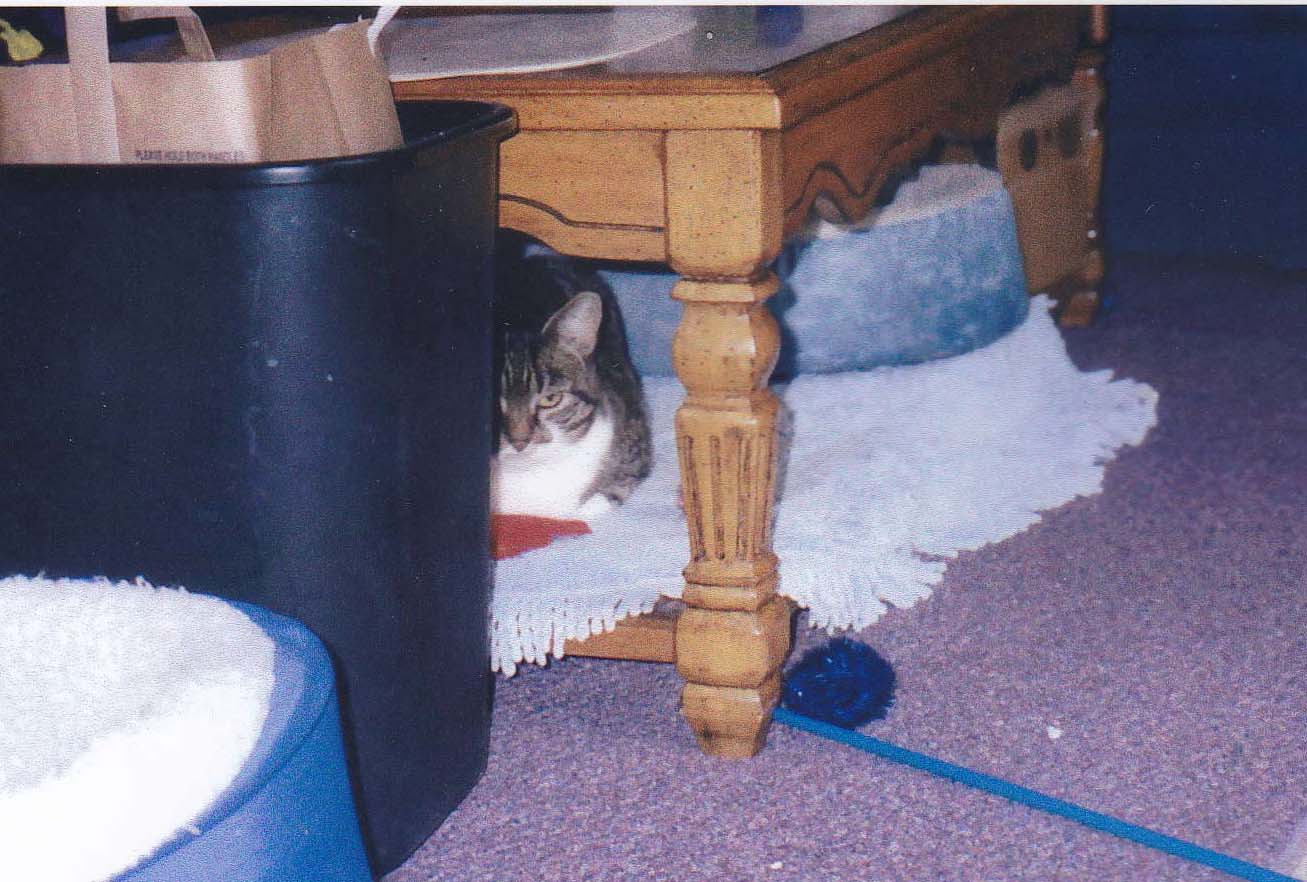 Missing Weepy, here’s Big Sis APRIL back on same day nearby in a spot both April and Weepy loved, under table where
they thought nobody was looking. Weepy left April many things, including a new
low protein, high fat food we had recently tried for Weepy (which he didn’t like) but is now wht’as keeping 20-year-old April going, the only such food she’ll eat

Still difficult for us here with Weepy on our minds, but it’s a little better  with time.  Just happened to find these older pictures, above, without even trying.. was meant to be. They do Weepy a little better justice – as I said it can be difficult taking pictures of a black cat…

Was thinking of the many things Weepy left us… including a new
low protein, high fat food we had recently tried for Weepy (which he didn’t like) but is now what’ s keeping 20-year-old April going – the only such food she’ll eat. We had just bought a case of the food for Weepy to try (saw it on the net), as there’s only a couple such low protein , high fat cat foods on the market. Weepy didn’t like this one – liked the other – but April really likes this and NOT the other. Without this food, thanks to Weepy, we’d be in big trouble … (April also  has kidney problems , like Weepy, but due to hyper thyroid, which when treated with medication causes the kidney values to climb. But after a year or more April is hanging in, eating a ton of food but not gaining any weight, which is par for the course with hyperthyroid , they tell me.  At least she doesn’t have the added heart issue, like Weepy , to deal with. By the wayThe new low protein, high fat cat food is called HI TOR NEO DIET in case anyonewhose cat has kidney issues is interested