People are usually astonished to learn that horses are subject to the same types of abuse and neglect that affects far too many domesticated animals and pets.  The survivors can be our teachers if we will only listen to them and show them kindness and compassion.  They deserve at least that much, and they will quite often return the gift tenfold. 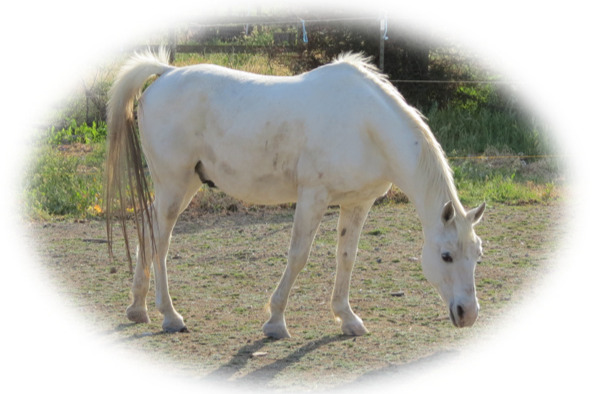 Snowflake (“Snowy”) and I met in August of 2014 at a local horse rescue ranch where I began to volunteer.  When we met, he was in a paddock with some other horses, hanging back, and eyeing us warily and very defensively.  I was told to not approach him and that he was able to be handled only by senior volunteers.  He looked so terrified, and I felt badly for him.  Right then and there, I desired to give this horse a better life than merely existing in fear of humans.

Snowy, an older (late 20s/early 30s), grey Arab/QH gelding, had endured a hard life of abuse and pain.  He was rescued from the slaughter auction where horses are treated as meat rather than the intelligent and sentient creatures they are.  His story was that he had been a pack horse in the Sierra Mountains.  Physical evidence of poorly healed ribs and dorsal bones in his neck suggested that he had fallen off the trail with a pack on his back… and was not given the proper time and medical care to heal.  And although he can move well for his age, he is quite arthritic in his hindquarters and requires a daily anti-inflammatory prescription medication.  To this day he bears scars on his nose from a spiked nose strap and partial loss of his lower right eyelid.  And there is evidence that he is partially blind.  I felt that this horse needed to know that not all humans are cruel and uncaring… my heart went out to him.

TAKE ME TO GO FUND ME SITE 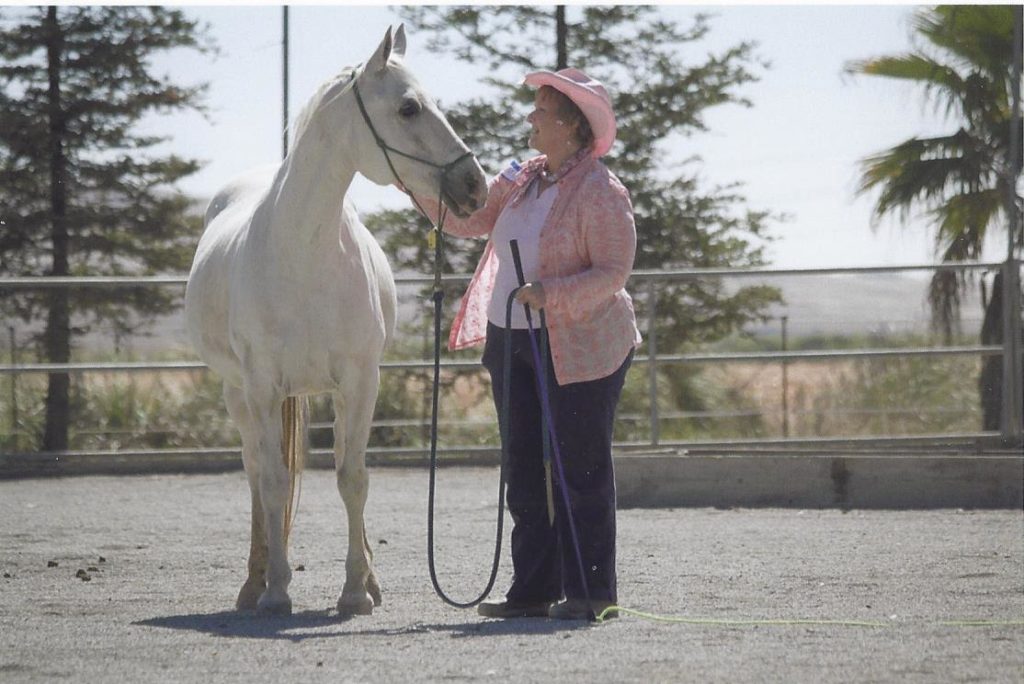