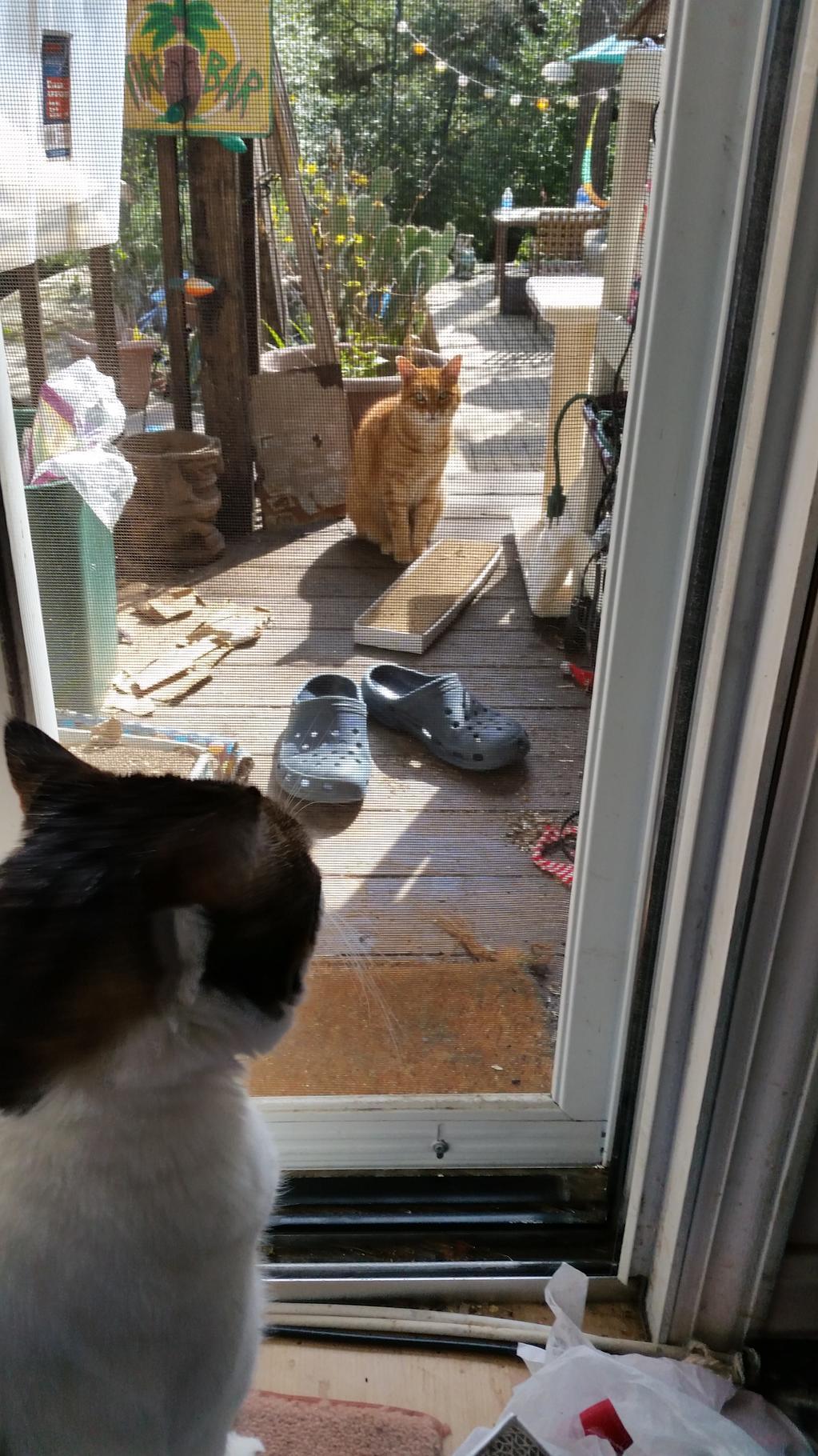 Ornji was up at 5 am for breakfast today, Saturday morn 5-14, something he hadn’t done for some time, so I knew he must be feeling better, yet I couldn’t give food as much as I would have liked to as surgery was scheduled for 8:45.

I couldn’t go back to sleep and Ornji seemed ready for surgery,
unlike other days when he wouldn’t even move, so we arrived
for surgery over an hour early, around 7:30 am along with the cows
waking up and the new shift coming on at the vets office. So, we hung
out in the lobby, meeting and talking to all the staffers with Ornji now
out of his cage sitting next to me chillin’ and being so popular with
staff.

For some reason we weren’t too nervous. Of course, we were at the best vet in town (and probably the most expensive). And, Ornji was doing better than in recent days , which gave me and the doctor added hope for a successful surgery.

The surgery actually didn’t get scheduled until 12 pm as they had to call in
the top specialists, surgeon and anesthesiologist , and when the time came
they found Ornji to be a bit anemic. So , to give him the best chance
they gave him fresh blood transfusions, but this would delay the actual
surgery until 3 pm…

Of course, they didn’t tell me and I was alarmed that I hadn’t heard from
the doctor . Three hour surgery sounded a bit long, so I called in to learn
of the delay.

Three o clock rolled along and I didn’t hear from the vets office so at 4:30 I called again and learned that surgery had just finished but no details were provided and Doctor would call me. 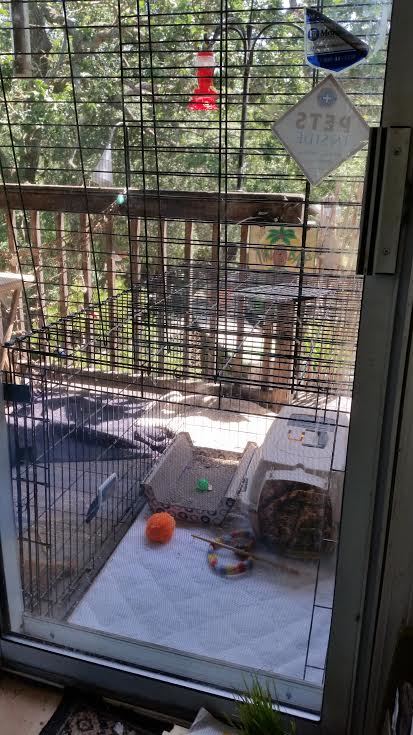 New outdoor extension where Ornji can continue to enjoy the outside while still, technically being indoors. Not 100% sure we’ll continue this after recent surgery until we consult vet…

Ornji will be kept overnight at least one day to recover. It’s about10 pm now and I’m going over with some food that Ornji will eat. he’s picky and doesn’t like the medical science food. I’m truly grateful as a week ago I thought I had lost another cat. Ornji is the first of four cats that ‘came back’ from a serious illness and actually rebounded after stopping eating.

I must credit Encina Veterinary and their staff of top professionals, as well as my own persistence of emailing and calling repeatedly to get this early surgery date. I could find fault with this one PR issue that Encina doesn’t follow up well, but that’s pretty typical of the medical industrial complex in general these days. One must be proactive today when it comes to medical issues. Don’t wait for a doctor to call . You call them or you may lose valuable time and maybe a life. I wish I knew of Encina Vet 20 years earlier for my first three cats who died with six months from AIDs, leukemia and FIP, but then I would probably have had to rob a bank to pay the bills in my still formative years. So, thank you for your support. We”re not out of the woods entirely but getting close.

Now, hopefully, Ornji will adjust to his new indoor status with his new indoor friends, me and Zack. Maybe after all this medical stuff he will feel glad to me indoors away from the elements, much like Zack was four years ago when he nearly died from exposure on his foreclosed home porch. (That was also an Encina success story that helped save zACK after a very t ouch and go time).

So , perhaps the moral of this story is DON’T GIVE UP, no matter what happened in the past – Learn from the past and try harder and good will come to you, balancing out the bad past. Actually, Ornji is one tough cat, with a strong will to live that really had a lot to do with his recovery so far. I could tell.

SUN MORN. They just called me from Encina to tell me Ornji is doing well the morning after surgery except that I need to come over there because they can’t get Ornji to eat…Not surprised. I even brought them the food last night and told them to the trick to snap the cans since they wouldn’t let me in the emergency room where he’s kept to feed him. It takes some doing but , hopefully, Ornji should be eating in an hour or so… and released back home later today